The Budget That Taxes our Future 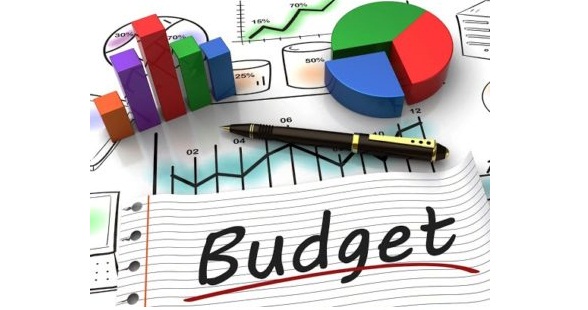 ISLAMABAD, May 30, 2017: Vice President PPPP, Senator Sherry Rehman expressed dismay over the recent budget presented by the government saying, “The government just stripped people of hope for a better life by telling them it is blithely continuing to tax them to pay for its profligate spending.”

“It is appalling to observe that around 82 to 85 percent of the taxes gained are indirect. The brunt of these failed policies is borne by the poor citizens of the country. They are the ones reeling from power outages. They do not have access to generators, they do not have the cash to buy an extra fan or pay their utility bills,” Rehman said while addressing the Senate.

The Vice President PPPP added, “This is the first government where the Minister of Finance is patting his own back for the farcical record trade imbalance. The government has projected a current account deficit of $10.4 billion due to an increase of 26.9 billion in trade deficit including Rs.401 billion in circular debt and instead of being ashamed, they are celebrating for reasons unknown”.

“This is the first government where the Minister of Finance is patting his own back for the farcical record trade imbalance.”

Big numbers are proof that the exports are massively declining and the imports are rising. “For a country that is the 4th largest cotton producer in the world, how are our exports in such a dire situation? You cannot blame away the trade imbalance on CPEC fuelled imports? How can the exports go down to almost $3 billion as compared to PPP’s tenure when oil prices were much higher than what they are today,” asserted Rehman.

“From Kashmir to Karachi, the country is under darkness not only due to loadshedding, but because we are drowning in debt. On top of that, the government has added surcharges on electricity which will inadvertently make the poor poorer under these new schemes,” explained Senator Rehman.

“The national debt has reached time bomb proportions but here we are, being told that the incumbent government will not require another IMF bailout. Of course we will, we are already planning to borrow $8.1 billion in new loans, on international bond markets where no development finance rates are available, instead there are high interest rates,” continued Rehman.

“From Kashmir to Karachi, the country is under darkness not only due to loadshedding, but because we are drowning in debt.”

On the incessant shameless borrowing by government, Vice President PPPP said, “With external debt and liabilities growing by $6.5 billion this year, and increase in Central Government Debt until March 2017 by Rs 1.2 trillion the debt stands at a staggering Rs 20.25 trillion.  All this bank borrowing, treasury bills, permanent debt, project loans, external loans will all be paid for by future taxes”.

The Senator voiced her concerns on the outrageous supplementary budget and went on to say, “At least do not insult the people of Pakistan by charging an over-run of 19 percent on the supplementary budget. This is expenditure that is not approved by parliament.”

“Over Rs. 227 billion have been allocated for PM’s pet schemes and the proposed Public Sector Development Programme further includes 153 schemes which will cost a whopping Rs. 9.2 trillion to complete the proposed projects. Prioritizing these business generating projects instead of spending on human capital is further going to cripple the nation,” Vice President PPPP noted.

“Just to put things in perspective, if the 310 billion supplementary budget were to be saved, 20 million Lady Health workers could be added to our tattered primary health system. Or 1.7 Million teachers could be hired for our 22 million children out of school.  Unfortunately, the money is going to pointless leisurely expenditures and debt servicing which sums up to Rs.1.65 trillion of the total budget,” the Senator concluded saying.

Previous articleHow not to talk with India